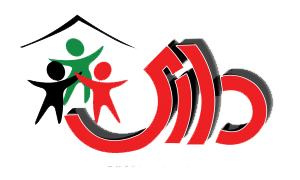 DARY Human Organization provided free medical and health services to (102,830) citizens in its PHC centers, clinics and hospitals managed by them during April 2020.

The number of visitors to DARY centers and clinics in Anbar funded by the World Health Organization (WHO) came as the following "DARY 1" (3053) citizens, "DARY 8" (4274), while mobile clinics operating in the regions of ANA, Al-Qaem provided services to (1445) citizens.

As for the number of beneficiaries of the Delivery room at Al-Baker district in Anbar Governorate, which is funded by (WHO), it reached (2048) citizens, 50 of whom underwent a normal vaginal delivery, while a ANA emergency center funded also by (WHO) provided medical services to ( 1820) a citizen, while the Al-Rumana Emergency Center at Al-Qaem district, funded by (WHO), served 2,666 citizens.

while the monthly statistic of the number of beneficiaries from Hammam Al-Alil field hospital for the emergency department funded by (WHO), it reached (851) citizens who were conducted for  (32) of them minor operations, while the Maternity department ( gynecology and obstetrics)  in the same hospital funded by (UNFPA) has received (164) Citizens, of whom (6) women underwent normal and cesarean deliveries.